Journey to Becoming a Yoga Teacher 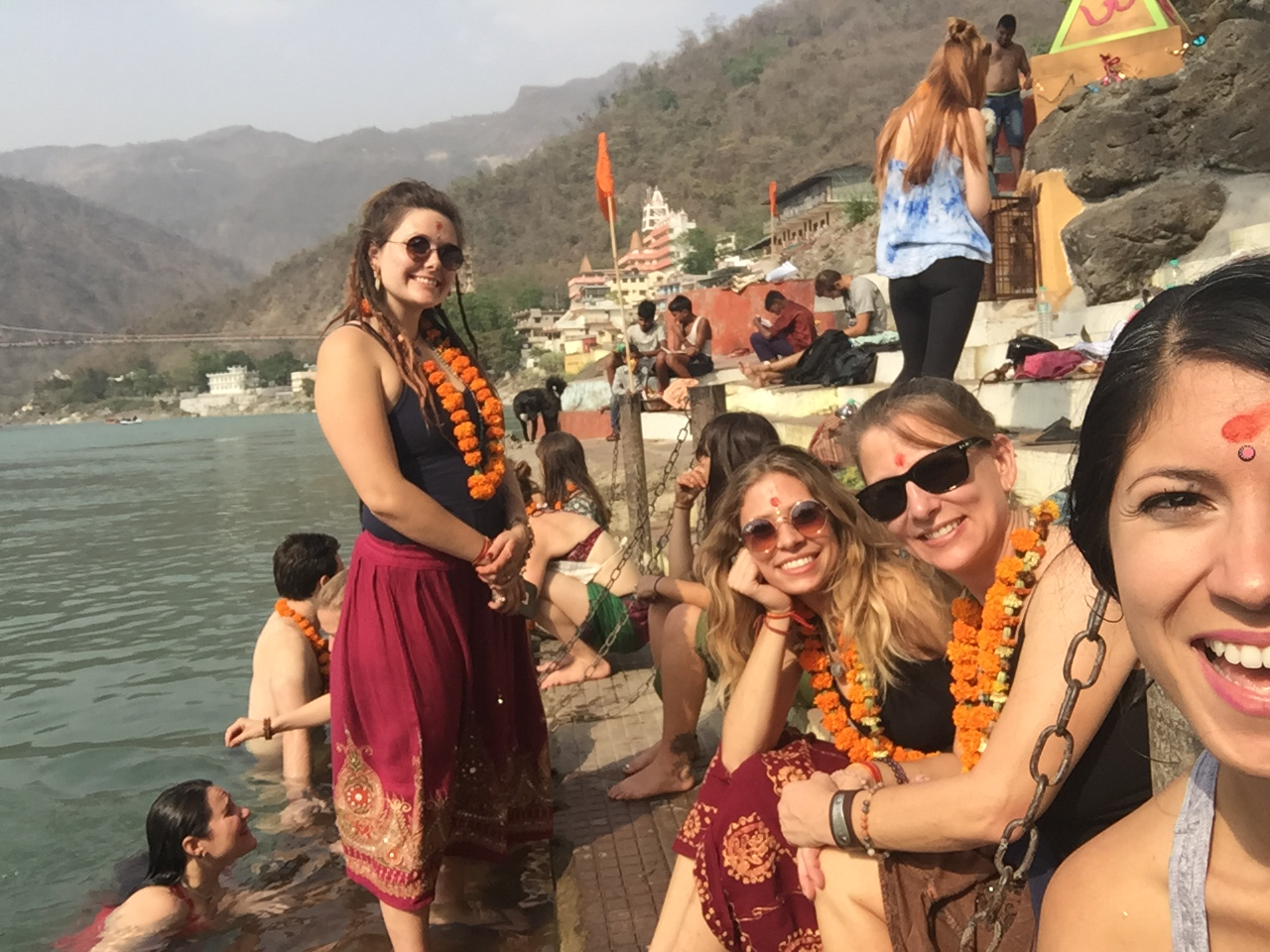 This week marks two years since I began my yoga teacher training in India and I can’t help but feel incredible appreciation and gratitude for all of the ups and downs in establishing myself as a teacher, the learnings that felt as if they had touched my soul and set it on fire, for all of the new friends this practice has brought into my life, and for the opportunity to feel more alive and conscious. Because Monday was the two year mark, I can’t help but look at the evolution of my teachings as well as the kind of student I have become.

My initial journey into a yoga practice had little to do with the heart and soul of yoga and more to do with creating beautiful shapes and sweating. I was a retail manager at one of the best retailers to work for, but even working for a great retailer, this still meant that I worked more than the 40 hour work week. Call-outs were common, shipments not coming when they were scheduled to come happened more than I would’ve liked, and the usual retail hiccups meant that I needed to workout and didn’t like to think of time “wasted” on too much of the soul part of yoga. That was the very beginning. I was lucky enough to have a teacher that was excellent at beginning classes with a beautiful thought and would sneakily incorporate the things I thought I didn’t care for in a yoga practice.

I decided to travel to India for my Yoga Teacher Training still thinking that I wanted to teach Power Vinyasa because I felt most American’s don’t realistically have time for anything other than a workout. Because of this I am grateful that I completed my training in India. It allowed me to observe firsthand the benefits of a daily pranayama and meditation practice and I was able to completely immerse myself in the culture that started yoga asana. Don’t get me wrong, I was the most stubborn and frustrated meditation student, but at the end of the 30 days, the seed that was planted started to grow roots and my curiosity deepened. Some evenings after the meditation class I felt like I was walking through clouds. I wasn’t sure why, but a few nights while we were repeating mantras, I felt complete and would feel such a deep overflowing of absolute love. I wasn’t sure if it was that I was in a room filled with other students also wanting to breakthrough the autopilot mentality, truly trying to feel alive, or that we were by the Ganga river receiving it’s powerful forces, but the feeling was very new to me. 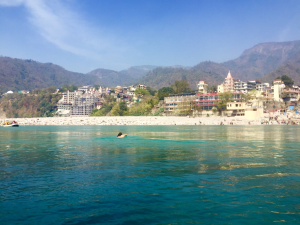 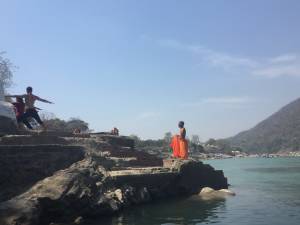 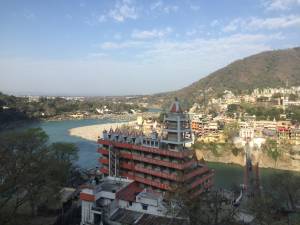 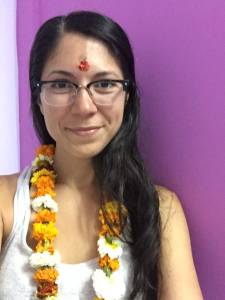 My stay in India made the training that much more unique. My lunch breaks were often times spent petting cows, stray dogs, or taking a dip in the Ganga river to cool down. I was lucky enough to be there during Holi, or the festival of colors, and even had the incredible opportunity to attend my philosophy/pranayama teacher’s wedding where I got to dress up in traditional attire and dance the night away with the youth at the wedding and my classmates. I deeply appreciate how I was able to give all of my energy to learning and absorbing as much of the philosophy and practical teachings of the yoga practice. Instead of having to worry about commuting to work, prepping my meals for the week, or any of our hundreds of other daily tasks that take us away from the present moment, I was able to simply be a student and learn. 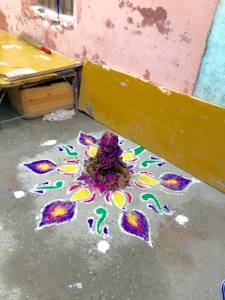 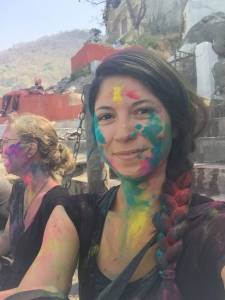 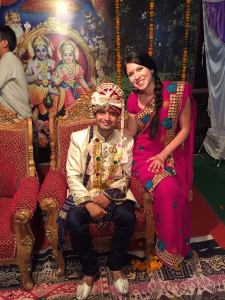 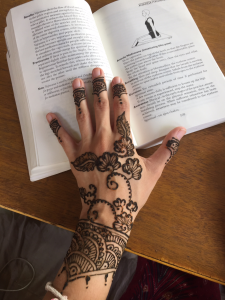 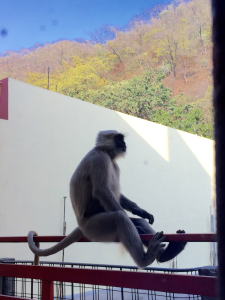 Strangely enough, while I was in the training, I was in a lot of body pain. My hip would hurt and my wrist ended up hurting so badly I could no longer put weight on it. I began using my knuckles for every vinyasa and that ended up bruising my knuckles which led to sharp pains shooting up my forearm in the middle of the night. My low back started hurting and that’s when I realized I needed to learn more than the basics of Yoga Teacher Training. I began asking around for a local teacher that would focus more on alignment and everyone unanimously mentioned Surinder Singh in the town next to where my school was. Once I received my certification I decided to stay and practice as often as I could with this teacher. 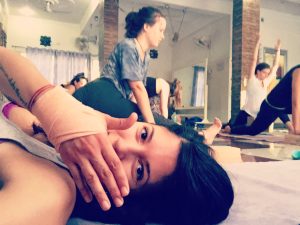 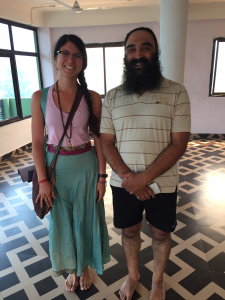 Surinder’s class would get full about 20 minutes before his class began.  It was mat to mat in his shala and for just $2, I would enjoy the most powerful class I had ever experienced. Not only was his attention to alignment threaded through the class, but he understood the flow of our 72,000 nadis or energy lines and would often times call out which nadis we wanted to become aware of. I remember one day in class, he tented his fingers next to my heel while I was in downdward dog and he asked the class to feel the roots we create and become aware of the sudden upward energy we will experience once we did that. He kept his tented fingers next to my heel almost as if he was creating roots with his hand and all of a sudden I felt a flow of energy going from my heels to my sitting bones. I realized then how little I knew about teaching. Learn more about Surinder here.

Luckily for me I was traveling through Thailand and Borneo once I left the training and I met several very kind backpackers and volunteer coordinators that allowed me to practice teaching on them. When we go through YTT, we are generally surrounded by yogis that have pretty great alignment during their practice. When I was practicing with backpackers, it was the opposite. I continued to become more and more curious about verbal cues that would help alignment and having students hold postures in a safer way. I became very curious about how different body types felt postures and wanted to know as much as possible about the flow of energy instead of just calling out a long sequence of postures.

I returned home a few months after traveling and what happened once I got home was definitely not how I envisioned my career as a teacher unfolding. I will share more on that next week! Stay tuned! For those of you who have taken my classes, I would love to hear feedback. Feel free to leave a review here. 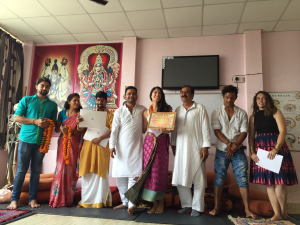 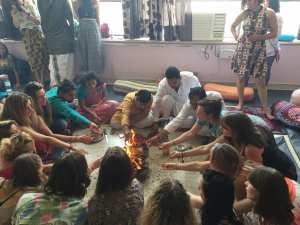 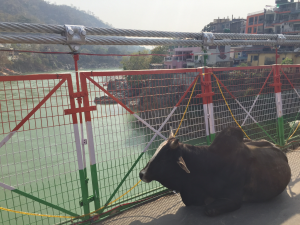 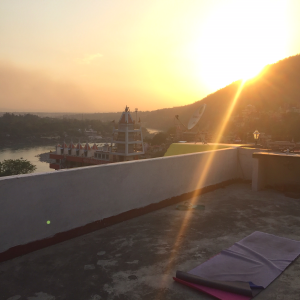 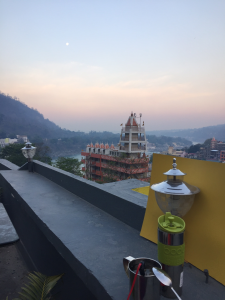 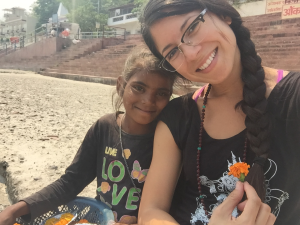 Creating “Big Magic.” That feeling of amazement as things begin to click.  When you come into your...