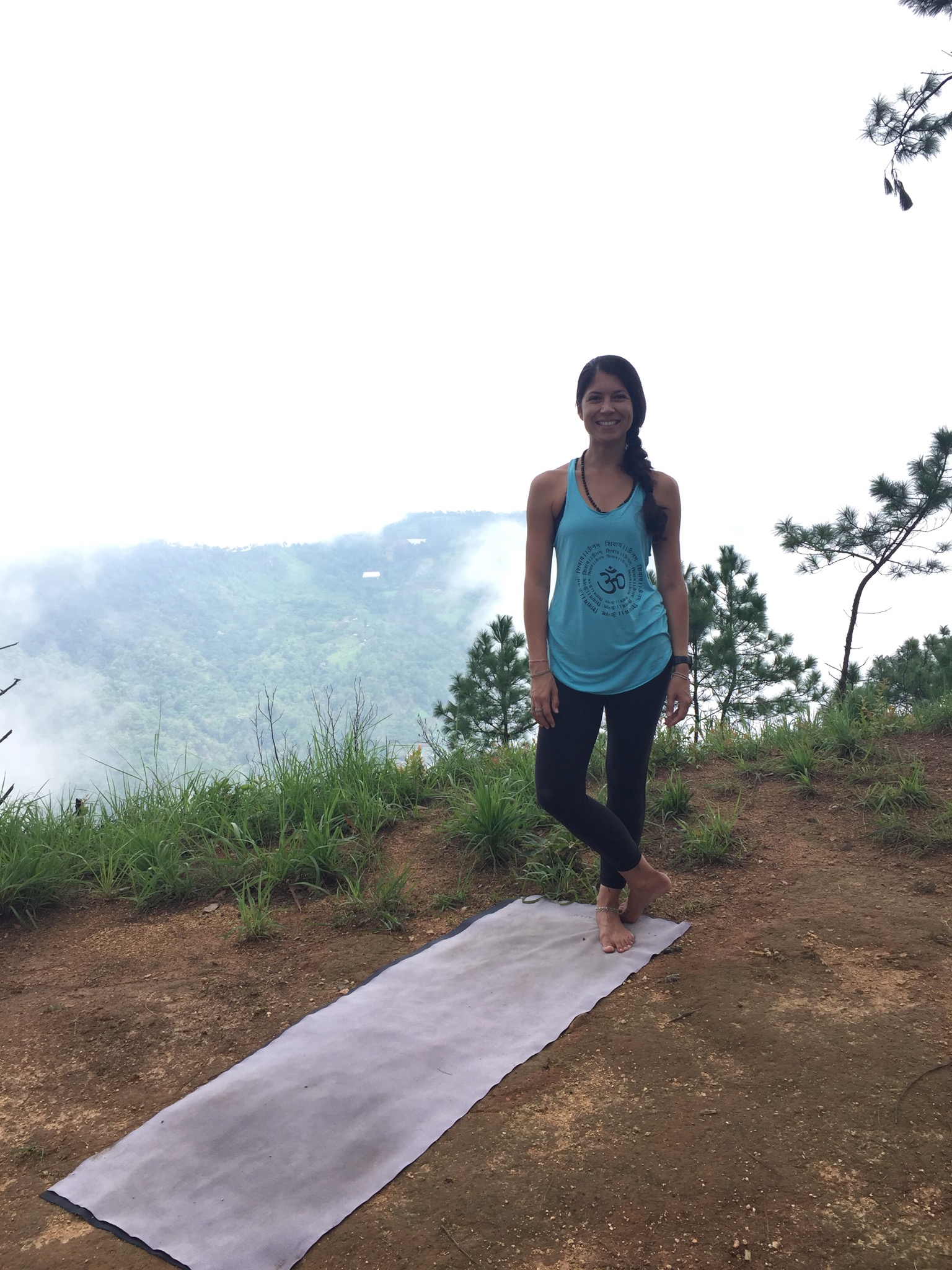 I would have been happy leaving Chiang Mai with only experiencing the adorableness that is the old city Chiang Mai without seeing or trekking the neighboring mountains or the famous temples at their tops. Having read several blogs about Doi Inthanon and Doi Suthep, the consensus was how hectic it felt to be at these mountain tops (Doi=mountain) surrounded by tourists that just wanted the selfie and then to be done with the space and if the weather wasn’t nice it would be dangerous going up in a scooter (cheapest way up) and there would be no visibility from the mountain tops. I decided to go to Doi Inthanon because it had been very sunny the past few days and also didn’t want to regret not seeing the waterfalls on the way up to the highest point in Chiang Mai.

When I woke up the next day at 6am and checked the weather report, there were supposed to be thunderstorms all morning and afternoon at Doi Inthanon. Pre-coffee Franci got pretty grumpy quickly. I almost felt like this was a sign that I shouldn’t go. I had heard that Doi Suthep temple was also pretty and noticed there were a few waterfalls on the way, and when I checked the weather there, the thunderstorms weren’t supposed to start until the afternoon. Doi Suthep it was.

As soon as we got up to the mountains and out of the city I was instantly a changed person. Grumpiness dissolved and euphoria kicked in. The air being so fresh and clean, the temperature significantly lower, it made the experience therapeutic.

We decided to go up all the way to Doi Pui peak first before the thunderstorms set in. Once we got to the top, there was a viewpoint where you could park and take your selfies or you could continue to the camp site where the hiking trails were. We almost just turned around and went back toward Doi Suthep because I was being lazy, but we ended up doing the hike.

The beautiful sounds and art of nature were exactly what my soul needed. I kept having to stop and admire the intricate and strange creations from the forest. I loved seeing the dew drops on spiderwebs.

They all looked like the most spectacular little chandeliers. The green carpet growing on everything including rocks, the massive mushrooms everywhere, the trwirly trees, the spikey trees, and something that looked like cotton candy on the ground.

All of it was so unique and refreshing. The hike was a bit challenging and I was surprised at how I felt I had the wind knocked out of me almost the entire 2km up the steep hike, but I made it to the top.

Although we were supposed to be rushing to the top and rushing back to beat the storm we walked up slowly appreciating the ground below us and the meditative properties of the forest and its sound. Also, I plopped down my yoga mat and decided to have a mini asana practice at the very top.

While most of the way up there was barely any visibility because of the impending thunderstorm, toward the end of my practice the clouds opened up momentarily and allowed us to see the beauty of the neighboring mountains. I would have done cartwheels and backflips if I knew how, I was so excited we finally got some visibility!

On the way down, again I stopped at each of the spiderweb chandeliers and funny mushrooms and then once we got to the bottom of the trek we took an extra long time admiring Chiang Mai’s neighboring mountains.

I think my favorite part about this temple was mostly that it was nestled in the mountains where the air feels more fresh compared to the heat of Chiang Mai, but my favorite Chedi is still one of the underrated ones in a hidden corner of Chiang Mai.

Doi Suthep is still worth the visit, because of the views from the mountain and I’ve heard they offer a great life changing meditation retreat, but because it’s inundated with tourists it was not my favorite.

The last stop of the day was the most sad little waterfall. Monthanon waterfall was pretty tiny and overpriced. I suggest skipping this waterfall if you come up to Chiang Mai. It had started to rain right as we got to the waterfall so that might have been part of the reason I was so unimpressed by it. Not all waterfalls are created equally.

Moral of the story, I’ve come to the realization that weather reports are always inaccurate and also whenever hikes or any nature activities are involved, they should never be rushed. Taking it slowly allowed me to truly appreciate where I was and take it all in. Also, take your yoga mat everywhere! Getting to practice at the mountain top was a pretty wonderful experience.

Yoga - My therapy throughout my travels

Thailand: A closer look at animals in tourism.

It is now the 3 year mark from when I volunteered with 500 dogs at Elephant Nature Park near Chiang Mai, Thailand....

My visit to Boon Lott’s Elephant Sanctuary (BLESE) near Sukhothai, Thailand, was probably my favorite part of...